Our Highly-Skilled Mechanical Supervisor, George Madrid, Talks About His Career and Military Service 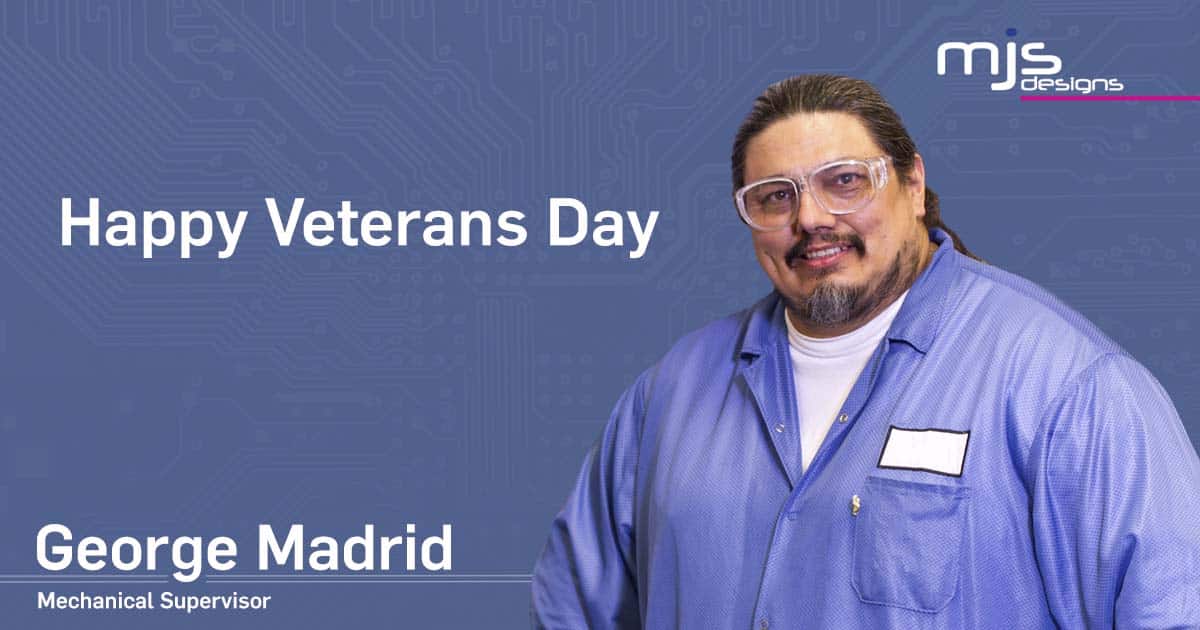 Changing jobs is always a pivot, but when transitioning from military life to civilian life, it can often be a life-changing decision. Today possibly more than ever, certain industries—from defense to security and technology—are discovering that many veterans’ skills translate exceptionally well into the private sector. MJS Designs has been a lucky benefactor of this correlation.

This is most notable as we celebrate Veterans Day. MJS Designs has happily hired and retained many employees with military service experience throughout our 44-year company history.

This runs counter to many stories of military servicemen and servicewomen who do not have jobs that match their advanced training and skill sets. According to a recent study by LinkedIn, veterans are 38% more likely to be underemployed compared to nonveterans.

George Madrid, MJS Designs’ mechanical supervisor, is one such example. The former Army combat medic pivoted to the tech sector, and has been with MJS Designs for nearly 12 years.

Married and wanting to transition out of construction, Madrid joined the Arizona Army National Guard, where he served for eight years, earning multiple medals and honors, including the Arizona Distinguished Service Medal with “V” (for Valor) for rendering aid to prolong a woman’s life.

He came from a military family. His grandfather and uncle served in the Navy, and Madrid enlisted, wanting to be part of the Military Police. However, he became a medic in two different units, performing a variety of functions. After his start with the area support medical battalion, preparing troops for deployment, Madrid was a technician overseeing multiple units in charge of maintaining medical records, calibrating equipment, handling all lab work—when not doing physicals across the state.

“Being in the military, I wasn’t deployed in the traditional sense,” explained Madrid. “I had the distinguished job of getting everyone else ready for deployment.”

Madrid, who spent a year and a half as an inactive reserve while he battled cancer, decided to reenter the civilian life. Upon exiting the military as honorably discharged in 2001, Madrid wanted to stay in the medical field, but like many returning medics, he was unable to immediately translate his skills into a job.

“I would have had to go back to college to get a degree, only for a job that paid $6/hour,” Madrid stated.

“Being in the military has taught me the value of organization, prioritization, teamwork and leadership skills.”

Madrid headed back to college-level coursework with an eye on the tech sector. Mission accomplished.

Today Madrid’s functional areas of expertise include personnel management, logistics and operations. Over the years at MJS Designs, he’s moved up the ranks from a solder technician, shift supervisor, production coordinator to mechanical supervisor.

“Some lessons learned from the military can be translated directly to civilian work,” Madrid said. “Being a medic, you had to follow specific procedures to save a life. Here at MJS, you can apply those skills to the high quality and accuracy in the complex solutions we provide.” 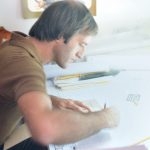 MJS Designs Founder Looks Back on 45 Years in Business 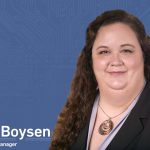