Testing . . . The difference between doing it right and doing it over

Printed circuit board (PCB) assemblies are manufactured using an assortment of complex electrical components, including resistors, capacitors, diodes, transistors and relays, just to name a few.  The functionality of any circuit board depends on each element performing and functioning at a specified level.  If any component fails, the PCB assembly can experience faulty performance or the overall device may have a complete failure to perform. That is where Tim Jefferies, Test Engineer and 13 year team member of MJS Designs, comes in.  As the lead of the test engineering team, Tim’s involvement in a project means that a customer is committed to reducing field failures of their product and wants to be fully informed of potential weaknesses in the functionality of their PCB. Tim’s focus is to make sure the customer is  fully aware of the potential weaknesses in the functionality of their PCB assembly and to make recommendations for corrective action.

The key benefits of testing are:

There are a variety of functions Tim and his team are called upon to be involved in, and the functions include:

As a result of these efforts, the electronics manufacturer is able to pinpoint and identify problems such as out of tolerance components, incorrect resistance readings or shorts between power and ground.  With decreased passive component sizes which prevent component markings, test ensures component vendors are supplying correct values.  Schematic errors can be caught during test rather than during engineering debug.

Tim, who has a Bachelor’s Degree in Electrical Engineering Technology and is an alumni of ITT Technical Institute, was recruited by MJS Designs to help build out the testing services offered by the company.  In addition to overseeing all test procedures in the company, Tim conducts the research and makes recommendations to bring in state-of-the-art equipment like SPEA 4060 dual sided flying probe system which MJS Designs installed in its Phoenix, Arizona headquarters in October 2013.

MJS Designs has a variety of Test Methodologies available that have different benefits which are outlined in the table below. 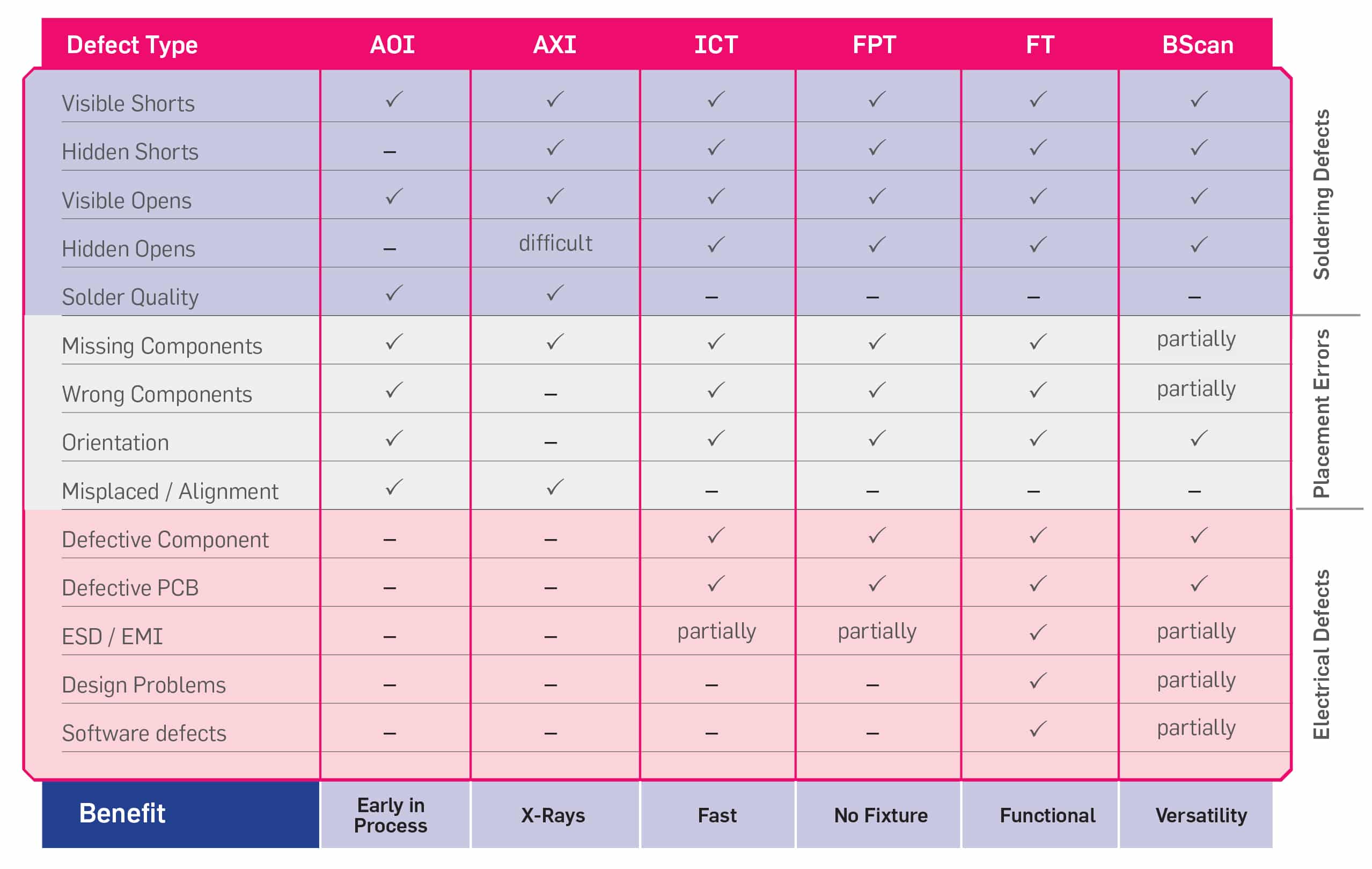 “There is a lot of satisfaction in being a test engineer.  There are many times when a board goes through testing and we catch a number of failures that a visual inspection can’t see and thus would have been discovered in the hands of the end user.  We prevented that loss of time, reputation and money for our customer with our testing processes,“ – Tim Jefferies.

Tim Jefferies and the team at MJS Designs are happy to discuss testing options for your next project.  Live chat at www.mjsdesigns.com