It is hard to narrow down favorite technologies.  The choices are vast and encompass everything from unassuming everyday technologies like battery operated toothbrushes to advanced behavior changing games like Pokémon Go. Technology is not an option or just a part of our culture, we have become a culture of technology.

When some of the MJS Designs team members were asked about what technologies impress them the most, this is what they had to say.

“I found the advances of GPS technology to be the most impressive over the past couple of decades. The accuracy and use beyond the military is equally as impressive.” – Jerry Mohney, MJS Designs CEO.

Enter the Space Age and a New Technology, GPS

The global positioning system was originally designed at the height of the cold war in the 1960’s for use by the military to advance allied communications and gain enemy intelligence.  The GPS was actually inspired by the launch of the Soviet Spacecraft Sputnik in 1957, which sent signals back to earth via radio wave.

Between 1978-1985 the United States had launched 11 “block” satellites into orbit. However, in 1983 the USSR shot down a Korean passenger jet – flight 007 after it was found in restricted air space.  In response, the Reagan Administration initiated an incentive to open up GPS for civilian applications so that aircraft in shipping and transport could fix their positions to avoid straying into restricted foreign territory and risking civilian lives and business.

In June 2009, SpaceX, which  is a private company that specializes in lower-cost space access vehicles, triumphantly launched the Falcon 1 satellite into space from the Marshall Islands.

In just 15 years, GPS went from an exclusive technology being used by the world superpowers to an everyday technology in which civilians around the world depend on for everything from lunch deliveries to cross country trips to keeping track of loved ones. GPS technology has changed the way we think, act and stay connected to each other.

“The system-on-a-chip (SoC) has had dramatic advances over the past 40 years. The immense processing and  communication power has endless possibilities.” – Chuck Chase, Director of Engineering. 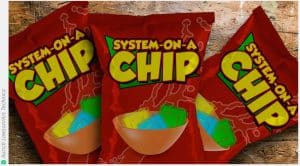 In the early 1970’s high levels of chip integration were achieved and electronic chips were becoming common in everything from TV’s to automobiles, not to mention impressive advancements in military devices.  The Microma liquid crystal display (LCD) digital watch was the first consumer based product to integrate a complete electronic system onto a single silicon chip, and officially coined the term system-on-a-chip or SoC. With each generation of SoC, the system becomes more complex and powerful and the chips become smaller and smaller.

Until mid-2015 the smallest chip was 14nm scale and had 1.9 billion transistors. In July of 2015, IBM announced they had made yet another technological breakthrough in chip technology, producing a chip that is a mere 7 nanometer which reduced the surface area of the next smallest chip by 50%. Plus, the developers of this latest chip claim enhanced power, increased storage and reduced power consumption over its predecessor’s performance.

Think about an entire system that fits on your fingertip and the actual parts on the chip are the size of a single red blood cell . . . amazing advances, indeed.

“Who would have thought in 1976 that we would see any of this technology? I would never have thought that something as simple as a telephone would be the foundation for so many brilliant technology advances.”  – Neil Munzinger, Director of Business Development.

An entire computer in the palm of your hand.

No technology list is complete without mentioning Smartphones.  As a forerunner to smartphone technology, law enforcement, and emergency personnel were working with pager and beeper technology as early as the 1940’s as a way to communicate over distance. While not very common, car phones have also been around since the early 1940’s, although mostly used by the rich and famous.  As phones advanced, the first consumer version of a mobile phone hit the market and sold for a mere $3,995 and had a battery life of about a half hour.

The term “smartphone” wasn’t common until the mid-1990 and by this time, people were using hand-held devices for calendars, music, and GPS services.  Device performance was advancing at a rapid pace and it was almost a joke how fast a “new technology” was quickly out-of-date and replaced by the newer faster, more comprehensive device.

It was in January of 2007 that Steve Jobs, Apple’s chief executive, showed off a device that was the size of a Kit Kat bar and stated: “this will change everything.”  And indeed it did.  Smartphones are the fastest-selling gadget in history. In fact, worldwide, about half the adults own a smartphone and by 2020 it is predicted that some 80% of the world’s population will own one.  Smartphones have connected people to news, information and each other in ways most of us never thought possible. The applications on smartphones cover everything from addictive games to banking to robust engineering programs that any consumer can utilize, learn and advance their knowledge in any given area of life.

“Space technology is amazing; we now have the technology to have vehicles exploring other planets! The Curiosity Rover on Mars is advancing science in unprecedented ways.” – Shannon Boysen, Supply Chain Manager.

“Landing a man on the moon and returning him safely to Earth within a decade” was a national goal set by President John F. Kennedy in 1961. The now legendary “giant step for mankind” took place on July 20, 1969, by Astronaut Neil Armstrong.  Another six Apollo missions were made to explore the moon between 1969 and 1972. In the following decades, we saw numerous shuttle missions, space stations, and satellites in orbit, all of which were the foundation for long-term space exploration.

On August 5, 2012, the United Launch Alliance (ULA), landed a rover named Curiosity on the Red Planet of Mars.  The Curiosity is a technological marvel that is loaded with cameras, Spectrometers, Radiation Detectors, Environmental Sensors and Atmospheric Sensors.

The mission of the Curiosity is to determine whether life ever arose on Mars, and to characterize the climate and geology of the planet. Ultimately this data will be used for further exploration with a human team.

Learn more about the Adventures and Science of Curiosity at http://mars.nasa.gov/msl/

“Camera technology, especially cameras in space, is one of the most impressive advancements in technology.”  – Albert Castro, Senior Design Manager. 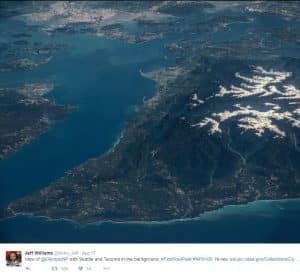 Taken with the Nikon 4D from 250 miles above the earth’s surface!

It was 1946 that a rocket-borne camera gave us our first look at Earth from the heavens.  The images were gray and grainy but none the less those images of our earthly home only fed the need to see more.  Today, NASA has live-streaming views of Earth from space captured by four commercial high-definition video cameras that were installed on the exterior of the International Space Station in the spring of 2014. The project, known as the High Definition Earth Viewing (HDEV) experiment, aims to test how cameras perform in the space environment.

Recently, American astronaut Jeff Williams used Twitter to share images he captured with the Nikon D4, which is known for capturing a high level of detail, and has a wide dynamic range, plus high ISO performance.  These cameras bring the expansive universe into tangible images that capture the imagination of school children and scientist alike.  An image like this could inspire the next generation of space travelers.

Learn more about astronaut Jeff Williams on Instagram and Facebook, or reach out, far out, to him through Twitter.  You can also keep track of the ISS on the Space Station Live Ustream feed.

“Even Google is in the medical technology race these days.  We are seeing everything from advancements in nanotechnology used for cancer treatments to advanced robotics being used for limb replacements. It is simply amazing.” – Dawn Visser, President MJS Designs.

Google recently patented a digital contact lens which aims to change the course of diabetes management by measuring blood glucose levels from tears. The prototype is going through vigorous testing which will lead to seeking an FDA approval. 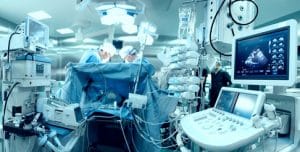 The technology to improve the quality of life, extend life and provide an endless stream of data.

A team of researchers at Washington State University has developed a hybrid material that has the same properties, the same strength, and flexibility, as real bone. This technology provides a very feasible substitute for any tissue, even full organs.  Entire organs may someday be grown with 3D printers once we have the right combination of starting materials.

Some 700,000 people have active pacemakers to regulate their heart’s rhythms.  However, traditional pacemakers only last about 6-8 years, forcing patients into recurring and more expensive surgeries to replace their life-saving device. Well, scientists at the University of Michigan may have solved that problem by developing a way to harness electricity from the motion of a beating heart—electricity which can then power a pacemaker. Yes, a self-sustaining pacemaker that never needs to be replaced or recharged will soon be a reality.

“Not only does the Flux Capacitor make time travel possible, but it is also the name of the fastest, street legal electric cars on the road.” – Marty McFly, MJS Designs Faux Team Member.

While most of us think of the Flux Capacitor as the technology invented by Dr. Emmitt Brown in the 1985 hit Back to the Future, the name sake has taken on a new meaning in today’s real word.

Jonny Smith’s Flux Capacitor just set a sub-10 second 1/4 mile time at the drag strip. The car recently went through a few upgrades: the existing 144-cell Hyperdrive Innovation lithium-ion battery pack has been supplemented by an extra 44 cells which are located in the trunk. That upgrade has boosted the car from 370v to 400v.

“The combination of big voltage, amps, and phenomenal grip gave us early ten-second quarter miles, and when we braved the RPM limit of the motors, we managed a nine [second run],” According to Smith, the Flux Capacitor’s designer. “Despite all of this power and speed, the little Enfield still felt smooth, stable, and happy, which is unbelievable given that it was designed to do 40 miles an hour.”

Follow John Smith and his mission to resurrect a long-forgotten British electric relic and drag (race) it into the 21st century using modern day  technology at http://flux-capacitor.co.uk/ and  https://twitter.com/Carpervert

What is your favorite technology advancement of the past 40 years?